Flying above the snow-capped Rockies

We are a couple of relatively new paraglider pilots, gaining our licences in 2013.

Since then, our sport has taken us to different parts of the world … but we are still very fond of our home hill, at Don Heads in Devonport, Tasmania.

We live and work in Devonport and we have a beautiful paragliding site only 10 minutes away. It allows us to keep an eye on the weather conditions … and quite often we manage to squeeze a 1-hour flight in our lunch break.

“Tassie” is not famous for paragliding, and there are no paragliding schools here, however we have a number of beautiful sites both on the North Coast and in the south of the State. While most of our sites are coastal soaring sites, thermal flying is possible, with some of the more experienced pilots (aka “Eagles”) in our club have scored significant cross-country flights in the south of the State.

After gaining our initial experience in Canberra (where we trained), Corryong and Bright, we decided to expand our horizons and joined the paragliding group lead by Louis Rosenkjer and Todd Weigand for a three-week flying holiday in Iquique, Chile, in November 2014. This trip was beautifully portrayed by Wesley Kilham (one of the four Australian’s in our group of 25 pilots) in the February issue of Sky Sailor.

We are both keen (snow) skiers, so the logical conclusion was to take our paraglider wings with us on our skiing holiday to Canada. 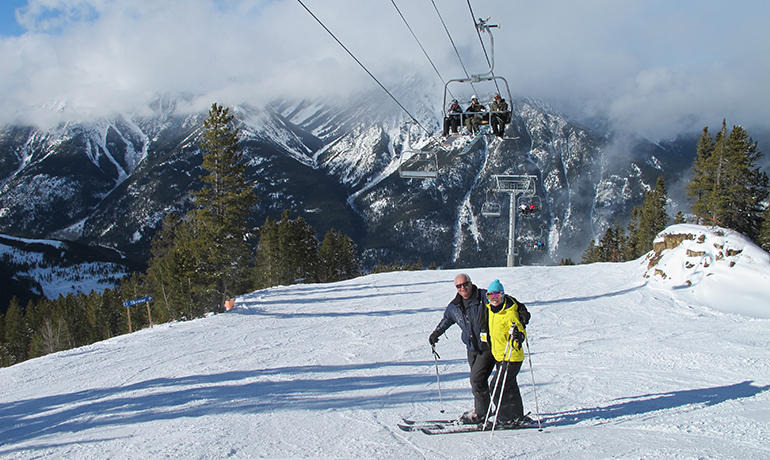 Flying in the snow

Our initial enquiries led us unable to find amongst our friends, anyone with knowledge about flying in Canada.

The next step in our research was trying to find a ski resort that would allow paragliding and have reasonable skiing.

To our surprise we found that most skiing resorts are quite adverse to the idea of paragliding.

We had been going to Whistler for the past 18 years but unfortunately, and despite the beautiful scenery and altitude of the mountain, the Resort management don’t allow paragliding by visiting pilots.

Our research found us three Resorts that have very good skiing as well as allow paragliding, and they are: Sun Peaks, Panorama, and Revelstoke.

Requirements for flying in Canada

We found the Canadian Association to be very friendly and accommodating, and we secured our membership for a fee of $40 (Canadian) per person. Don’t forget to add your international travel insurance, including both paragliding and skiing. If you wish to engage in both activities, ensure both are specifically covered, as most insurance policies will cover only one or the other.

Sun Peaks is a fantastic skiing family holiday and permits paragliding. There are two launches that are relatively easily accessible from the Burfield Chair Lift, with a landing area on the golf course.

Unfortunately at the moment there is no local pilot flying this site, but the ski patrol are very knowledgeable and capable of arranging all the required waivers.

Care needs to be taken, as no flying is permitted above the ski lifts, and the local ski patrol are not trained in tree rescue!

Landing is close to the bottom of the passenger gondola, in a former car park that is not used anymore.

There is an active flying scene in Revelstoke with the local company doing tandems, mostly in the summer.

Panorama is a paragliding/skiing destination that we found situated about 3½ hours drive from Calgary, and has a very active paragliding club in the nearest town of Invermere.

Panorama offers ski-in/ski-out accommodation and the Resort is extremely paraglider-friendly. In fact, there is a reduced paragliding ski lift ticket which allows you to go on the chair lifts with your wing and skis.

We had great help from the local instructor, Max Fanderl, who was extremely helpful in introducing us to the area, organising the waivers, and helping us with the Canadian Association membership. He provided us with a clear description and map of the take-off and landing zones, as well as the paperwork for the discounted ski lift passes.

The skiing location allows for easy pick ups and drop offs of your wing, so quite often we would paraglide in the morning and ski in the afternoon with no issues.

There are two established launch areas: one mid-mountain and one at the very top of the mountain.

The lowest launch allows for an 1100 metre vertical drop, with the top of the mountain at 1400 metres vertical.

The landing area is right at the base of a chair lift and the Panorama Ski Resort actually groom a landing runway strip for paragliders.

The staff are extremely helpful, contributing to the paragliding-friendly atmosphere on the mountain. 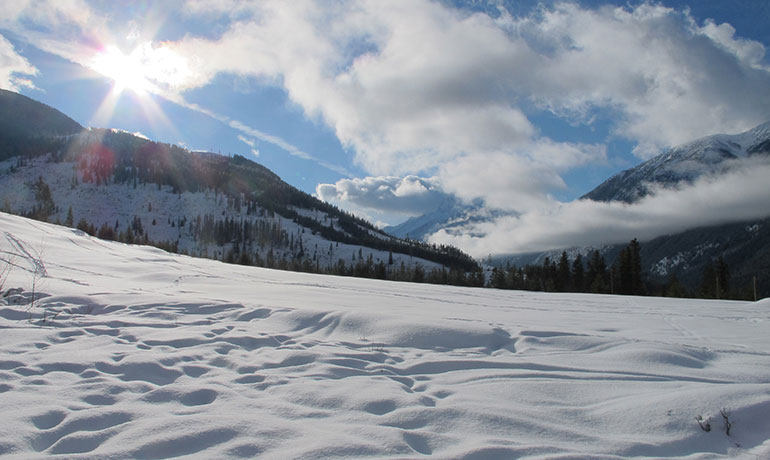 It was for the first time that we had the opportunity to fly in an alpine environment during Winter, and our first challenge was launching and landing on skis!

The Panorama Ski Resort only allows getting up the mountain on skis, so we had to study the techniques of taking off and landing.

The launch area in Panorama was quite large, well set up, and taking off involved a forward launch … generally in nil wind. As opposed to a normal forward launch on dry land, the force that replaces the wind comes instead from the forward motion and acceleration downhill on your skis.

We realised very early that it is even more important than in a normal forward launch, to set up your wing in an absolutely perfect position. Once in position, the pilot has to hook up into the harness and put on their skis, keeping their skis perpendicular to the slope. After the final checks, the pilot needs to move their skis along the slope in a smooth motion, in order to gain some speed before the risers are fully extended.

The force that the pilot can apply to the wing on skis is markedly reduced, compared to a normal dry launch. As a result, we found that holding our front risers for a longer period of time and applying extra force at the appropriate moment by extending our arms forwards, allows for a smooth positioning of the wing above our head. This also counteracts the inability to push forward with your shoulders, as you would in a normal forward launch.

We recommend at least an intermediate level of skiing before attempting a launch on skis. 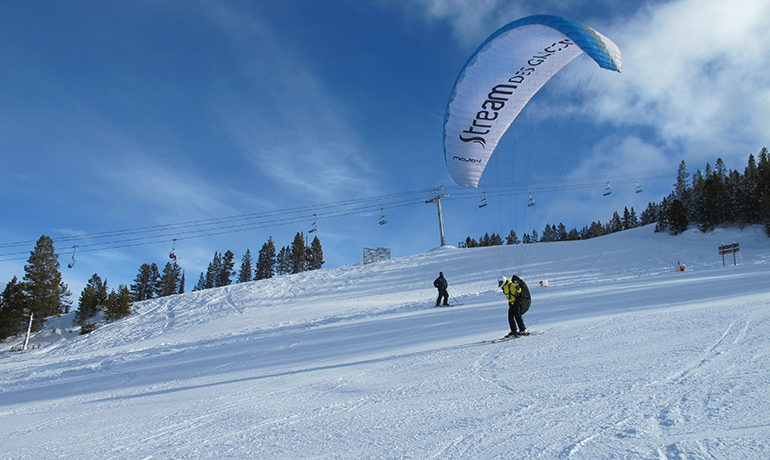 The gradient of the slope plays an important role in determining the technique to be used. A significantly abrupt slope makes the launch very fast, and increases the speed and the force that can be applied to the wing, however as you can imagine it has a very limited margin for error.

A frontal collapse in that situation can end up with the wing and the pilot in an unsightly and a potentially dangerous tangle.

A low gradient slope decreases the speed of the launch and makes it trickier from the point of view of the force that can be applied, however it gives an inexperienced pilot more time to correct the position of the wing, and control the speed for a perfect launch.

Once airborne we found that the only difference from the normal behaviour of the wing, comes from the extra weight of the boots and skis. The relatively low centre of weight and the added weight will emphasise the pitching and oscillation of the wing, which have to be taken into account particularly on the final approach for landing.

Flying in the alpine environments in Winter is generally in super smooth air, although ridge lift can be found and on a sunny day the trees can give off some small thermals.

As previously mentioned, extra care needs to be taken on the final landing approach, due to the exaggerated movement of the wing under the extra weight of the ski boots and equipment.

Once on a final approach, the landing is actually easier than a normal landing. Being on skis makes the speed at which you approach the landing, more or less irrelevant. It obviates the need for running, and a gentle flare is all that is needed for a smooth touch down. A higher speed for landing is actually useful, as the skis allow the pilot to continue their forward motion and a continuous application of the brakes will cause the wing to settle gently behind the pilot, thereby keeping the risers away from the sharp edges of the skis.

All that remains is to acknowledge and bow to the applause to the skiers/boarders on the slope, who are always very interested in witnessing the take-offs and landings! A quick pack of the wing in the stuff bag and a short chair lift ride, will put you back on the launch site in minimal time. 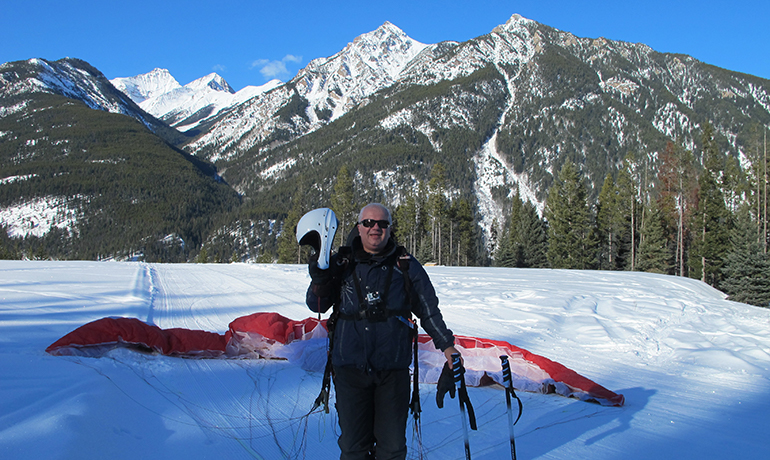 We loved it so much that we’re already booked to head back to Panorama in January 2016. If you’d like to join us, connect via the Tasmanian Hang Gliding & Paragliding Association forum www.thpa.org.au or via our Facebook group page.

We’d be only too happy to see you in flight above the Rockies, on a bluebird day!

Some videos to watch our flights and launches, press play: 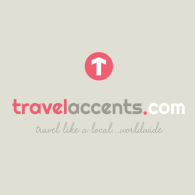 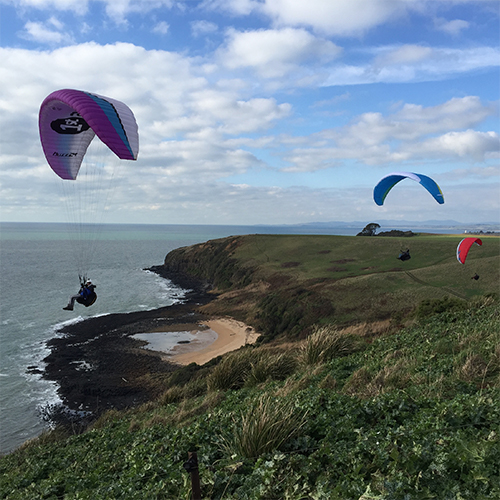 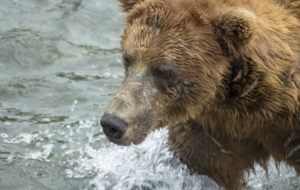 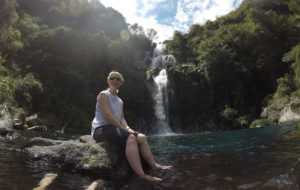 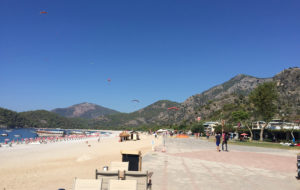